You’ll be hard-pressed to find a mother who didn’t experience a craving or two whilst pregnant. But are there foods that women crave more than others? We asked the Babybee community to tell us their pregnancy cravings and discovered a LOT of women were binging on the exact same foods. Keep reading to find out why particular pregnancy cravings are more common than others, and what you can do to combat them.

We reached out to the Babybee community and found there were 5 foods that women craved whilst pregnant overwhelmingly more than others. Whilst the exact reason for pregnancy cravings is unknown, there are two key theories for this phenomenon: hormones and nutrients. As your hormones are - to put it frankly - all over the place during pregnancy, your dopamine levels may drop, resulting in a craving for fatty, high calorie foods (or feel good foods).

The second theory behind pregnancy cravings is that its your body’s way of telling you what nutrients your baby needs. If your craving salty foods, for example, it could be a sign that you need to increase your magnesium levels. The same theory holds for dairy cravings (calcium deficiency), fat cravings (omega-3 deficiency), or red meat cravings (iron deficiency). Whilst you don’t want to overdo the bad foods whilst pregnant, you also should be mindful to listen to these cravings and the potential deficiencies behind them.

So, what were the most common food cravings among pregnant women?

Overwhelmingly, the Babybee community told us that gherkins were their most craved food whilst pregnant. Gherkins (or pickles) are high in salt and could be a sign that you aren’t getting enough sodium or magnesium in your diet. As @claules told us via Instagram, she not only craved gherkins but “Green Olives (and I hate olives)”. 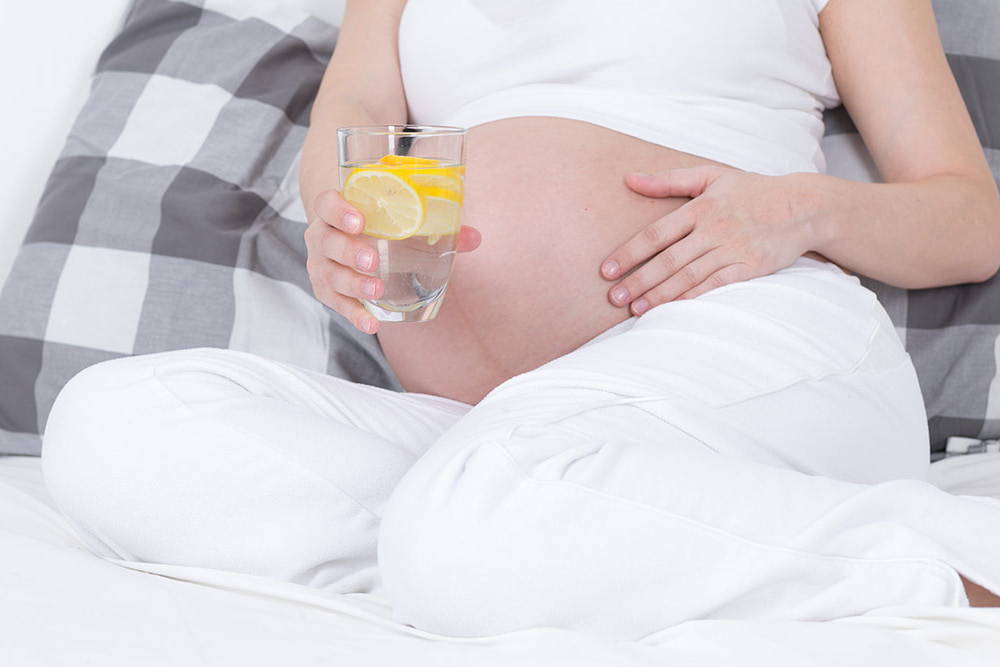 The second most popular pregnancy cravings was lemons, and as @natalie_1703js put it, its not just eating the occasional lemon but putting “lemons on everything”. Lemons are high in folate and potassium, which are two key nutrients for a baby’s development. As lemons eaten whole can erode tooth enamel, adding lemon to your water is a great way to satisfy this craving without damaging your pearly-whites!

Apparently there are ALOT of mums-to-be with a craving for ice cubes. As @olivia_ashy told us, she has taken to driving through her local for “a large cup of ice from subway every day”. Whilst technically not a food, it is a very legitimate cravings for many women and could be a signal you are anaemic, caused by an iron deficiency. If you aren’t taking additional iron supplements during your pregnancy, your doctor may prescribe them to help boost your iron levels. 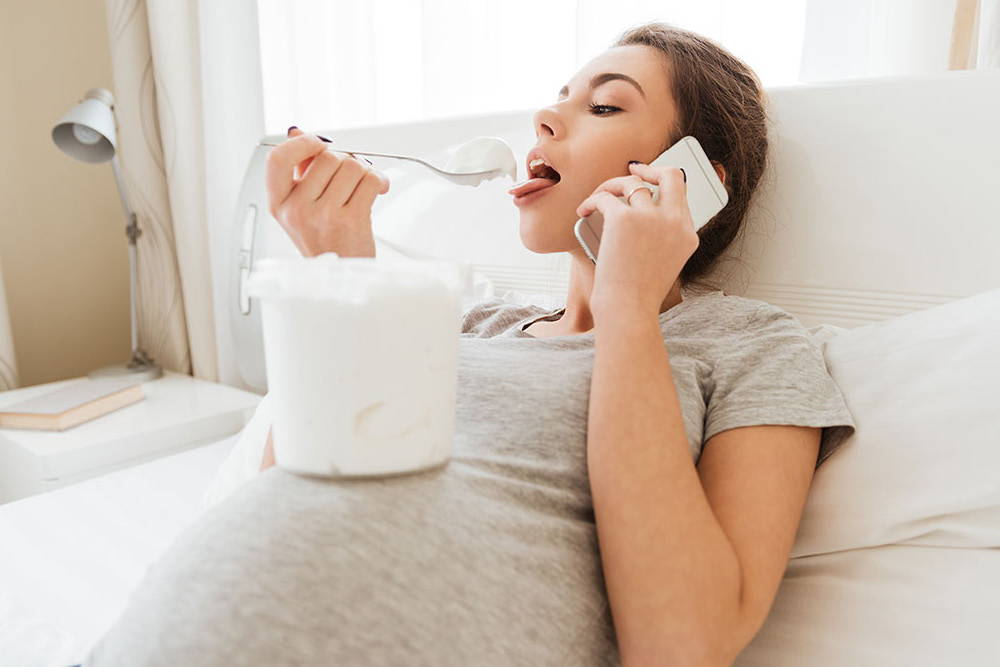 According to my parents, my mother would throw a pregnancy tantrum if she did not have a milkshake everyday. Funnily enough I am calcium deficient, so your dairy cravings could certainly be a sign that your baby is in need of some additional calcium! Whilst milk, ice-cream and handfuls of cheese were the most popular dairy pregnancy cravings, @christineac told us that she has taken to eating just “shredded cheese & French dressing lol”.

From stone fruit to oranges, strawberries and pineapple, it seems like a lot of pregnant women are satisfying their sugar cravings by consuming fruit - and lots of it. Whilst caution should be taken not to overdo it, eating fruit whilst pregnant is a much better alternative than bags of lollies and sweets to satisfy those sugar cravings. Fruit also contains high levels of vitamin C, B1 and folic acid, key vitamins in prenatal supplements.

See FAQs Get in Touch